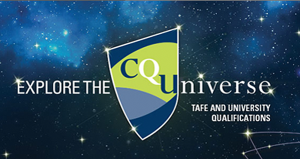 A System that can be used to monitor and support STEPS (Skills for Tertiary Education Preparatory Studies (STEPS) students from initial enquiry through to course completion and enable communication and student support data to be captured and queried.

The STEPS Information Database (SID) will replace an existing Access database and include the conversion of data from the legacy system. The SID will be delivered in a supportable, web-based development environment that is easily accessible by all STEPS staff on all campuses.

It will then be integrated with existing corporate systems to prevent duplicate data entry and promote data integrity and include additional functionality that will reduce repetitive work such as bulk email generation.

Development was done using CakePHP, an open source web application framework. It follows the Model-View-Controller (MVC) approach and is written in PHP, modeled after the concepts of Ruby on Rails.

First task was to convert the MS Access “database” in to a real Database, mySQL was chose by the Client. Dumping the Access database and generating a PHP script to convert the it to a sql script was a pretty straight forward task.

The System source code was made available on GIT since the first line of code and checked in every few days. All the process was supervised by CQU.

The nest step was the creation of the Test Cases to make sure we met all the requirements requested by the Client.

The last step was to Commit all the changes to GIT and get the sign off.

Contact us to find out what we can do for your business.

give us a shout…